Healthy feedback is essential for any relationship to be successful, and relationships are the heart of organizations—big and small, colocated and remote—across the globe. It’s what happens in those individual relationships among leaders and staff members that promote productivity and positive culture throughout the larger unit. That’s why it’s mindblowing how often we hear people in leadership positions admit they’re terrible at giving feedback and brush it off as an acceptable trait of a good leader, manager, executive, etc.

That’s why we’re passionate about not only setting up systems to make sure that ongoing feedback and conversation are given freely and accepted in our organization, but also that we promote and prompt the clients that we work with to do the same. If you’ve got some work to do to improve your feedback skills, here are a few things we’ve learned along the way.

1. Schedule Time to Give Regular Feedback

It’s human nature that we only think about telling someone how they make us feel when something’s irritating us. Don’t be that manager.

It’s important to give routine feedback, both positive and negative. Unless you’re a superperson, the only way to make that happen is to set yourself up with a schedule (weekly, monthly, quarterly, etc.) and create reminders or task items in your project management system to make sure they stay on your radar.

When delivering the feedback, it’s always better to do it in person or over a video call so that you can read the person’s reaction and try to accommodate their response or explain yourself further for the best possible result. Follow up in writing as well, so there’s a written record that you can both reference afterward. This will prevent discrepancies in memory or miscommunications from becoming an issue when it’s time to follow up.

3. Don’t Focus on the Negative

Most people can identify the “sandwich method” for giving feedback at this point—say something positive, followed by something negative, and conclude with another positive. While it was a staple in organizations 10 years ago, this is no longer widely regarded as the most effective method for feedback.

It is, however, rooted in the idea that it’s unproductive just focus on the negative. That’s why the sandwich method was created: to avoid making people shut down and behave defensively.

There is something to be said for delivering a bit of both positive acknowledgment and constructive criticism, so try taking the concept and making it your own. If this isn’t the first time you’ve given this person feedback, you could start by acknowledging their efforts to change what you talked about last time, and then shift to focusing on what needs to be adjusted now.

Most people need to understand why something is important to you before they prioritize it appropriately. It’s never bad (unless you’re under some kind of legal contract) to give a little insight into why you need something handled a certain way to create a mutual understanding.

Good or bad, most people don’t want their personal work judged in front of a crowd. Some love the attention, but nine times out of ten, you’ll find more success and create a more open environment to communicate if you plan to give feedback in private.

The next time you meet to discuss work, follow up with a quick, “I see that you’re really focusing on X, and you seem to be making progress!” Acknowledging someone’s hard work goes a long way to reinforce the habit so that things continue improving.

Here are some final tips for delivering negative feedback: 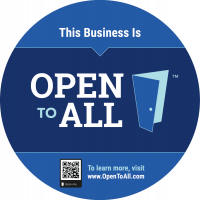